What people are saying:

“Whether brewing better beer, discovering novel antibiotics or chronicling the lives of the microscopic creatures living in the dust under the couch, Anne Madden seeks to understand and utilize the microbial world around us.” – TED.com

“Anne Madden bends creatures to her will, with the deftness of a shepherd. But Madden is a microbe wrangler — her critters cover petri dishes. Rather than merely observe bacteria and fungi, Madden sees a community ready for work.” – PBS NewsHour, June 16, 2017

“Your dust bunnies, it seems, have some stories to tell. By examining the DNA in dust, researchers have shown that we share our houses with a legion of mysterious creatures. And they’ve created the first map showing their range across the US.” — Newsweek, November 22, 2016

“These days, her experiments are buzzing, as she takes microbes—yeast—from bees and convinces them to brew beer.” – Scientific American June 26, 2017

Project: The first continental-scale analysis of arthropods in homes via eDNA methods

Research from University of Colorado Postdoc: Arthropods in Your Home – From a Swab of Dust

Interview with the ‘beer team’ and me about fungi, our novel beers, and the awesomeness of the microbial world, within the larger documentary “The Kingdom”  produced by Smith&Nasht.

YourWildLife.org
“Before they were Scientists” Interview. (October, 2014)

Dr. Madden quotes in the press 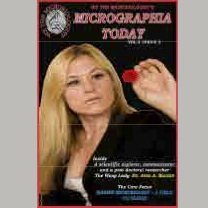